Alec Hanson is a contemporary leader within the Mortgage Industry. Constantly striving to improve, he began his career in origination in 2004 funding over $85M and was named Rookie of the Year by Scotsmanʼs Guide. Every subsequent year, Hanson landed on Scotsmanʼs Top 200 Originator list finishing his best year at $185M.

From there, Hanson began coaching and growing a successful branch network in Orange County with his peak year in 2010 funding over $1B at the branch level. Hanson has received HousingWireʼs Rising Star award both in 2017 and 2019 and National Mortgage Professional Magazineʼs Top 40 under 40 Achievers for the last 3 years running.

Currently, Hanson serves as Senior Vice President of Production for loanDepot for the Pacific Southwest Division, overseeing approximately $8B in annual production. A dynamic coach and thought leader, Hanson believes in leading and coaching within the trenches of the mortgage business. He is the creator of loanDepotʼs Modern Lending Playbook: a strategic and tactical tool designed to equip, train, and evolve the traditional mortgage professionalʼs skill sets into the modern era.

Alec is also the author of “Bypassed: A Modern Guide for Local Mortgage Pros Left Behind by the Digital Customer,” which details a systemic approach to help Mortgage Professionals succeed in the digital world and the Host of the Modern Lending Podcast. Alec is married to his beautiful wife of 16 years, Erica, and is the proud dad of Phoenix (10 years old) and Scarlett (7 years old) and English Bulldog, Tank. He can be found on IG rocking the #dadlife hashtag most nights and weekends. 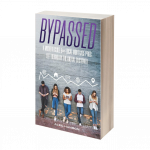 Author of Bypassed: A Modern Guide for Local Mortgage Pros Left Behind by the Digital Customer. 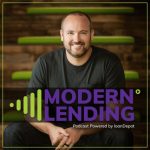 Host of Modern Lending Podcast with a 137 Apple Ratings, 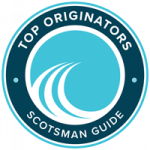 Alec has personally funded over $85M and was named Rookie of the Year by Scotsmanʼs Guide. Every subsequent year, Alec landed on Scotsmanʼs Top 200 Originator list finishing his best year at $185M. 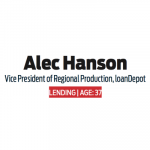 Top Producing Branch Manager funding over $1B, Alec serves as Senior Vice President of Production for loan Depot for the Pacific Southwest Division, overseeing approximately $8B in annual production.

7 QUESTIONS THAT ALEC CAN BE ASKED

1. How to get comfortable on video?

2. Why is a Personal Brand Important?

6. Why did you start a podcast?

2. Starting the Journey to Building a Dynamic Personal Brand

3. Seven things you need to do to develop a personal brand

A GLIMPSE OF WHAT AN INTERVIEW WITH ALEC IS LIKE

SOME PODCASTS WHO HAVE INTERVIEWED ALEC HANSON

BOOK AN INTERVIEW WITH ALEC NOW!

DROP US AN EMAIL: